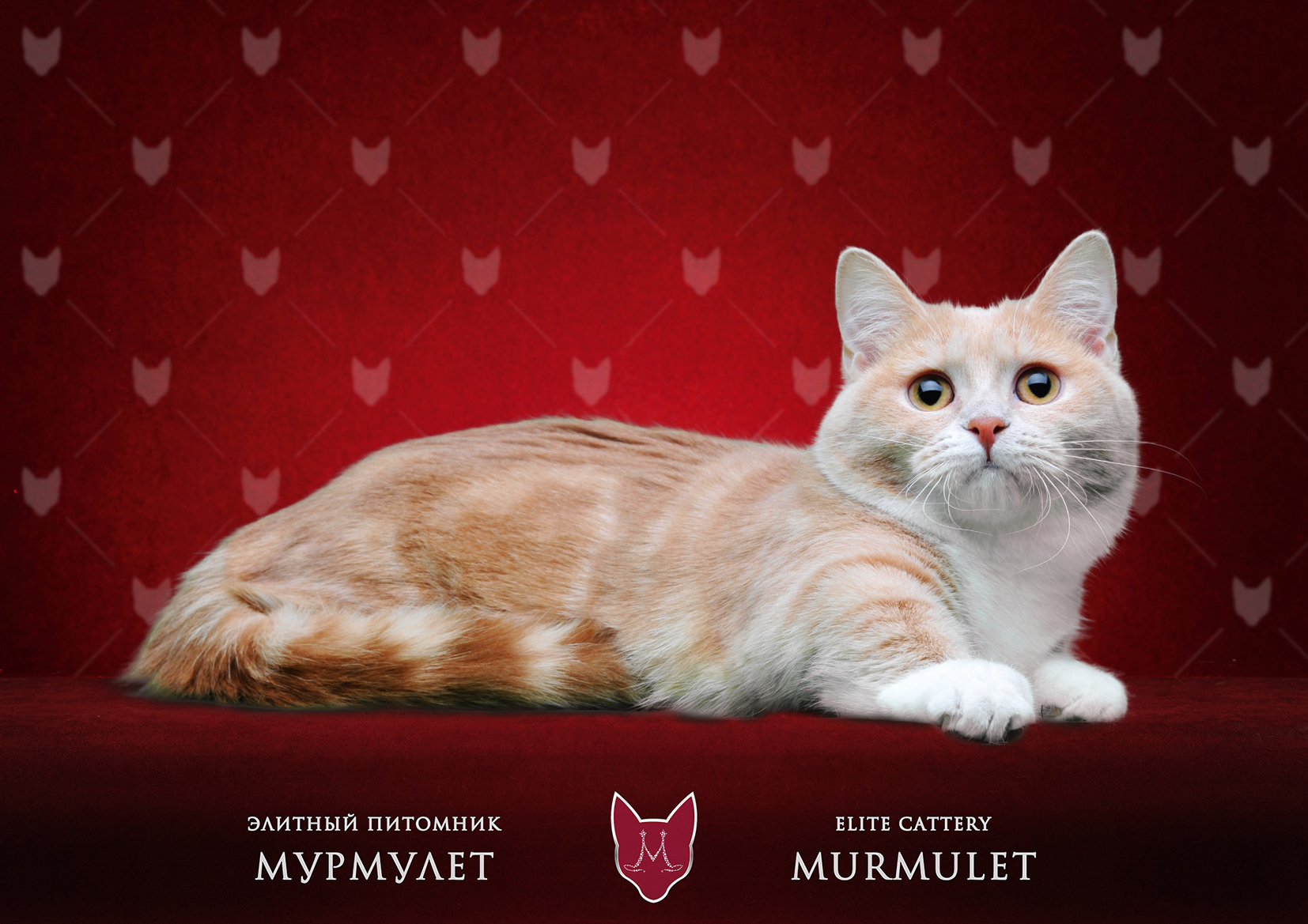 Did you read the book “The Wonderful Wizard of Oz” in your childhood? Would you like to recreate a fairy-tale at home? Munchkins will help you to do so – unusual, cute bittie-kitties that immensely love their master.

The breed appeared not as a result of specific raising, but it was caused by spontaneous mutation in 1983. The breed originator was a cat named Blackberry that had been found by a Louisiana citizen (USA). Officially the breed was recognized in 1995 when The International Cat Association (TICA) developed a standard of this breed. Munchkins were named after the fairy-tale folk from the Land of Oz. This breed is very popular in Japan, but in Europe and Russia is still quite rare and exotic. In Russia Munchkins appeared only in the beginning of 21 century and they are raised only by experienced breeders.

The main feature and the specialty of a Munchkin are short legs. When Munchkin cat wants to have a look around it seat on its thighs and folds the short front paws just as a kangaroo. Isn’t this nice? However, despite of short legs Munchkins run and jump perfectly well. More than this they have big almond eyes that make Munchkin’s muzzle look childishly innocent. The weight of an adult Munchkin varies between 2-2, 5 kilograms. Munchkins can have long or short coat that is thick, silky and shiny. Munchkins come in different coat colors and patterns – in a good breeder you will for sure find a kitten to your liking and establish warm relations with it right away.

There is a good reason for the Munchkin to be nick-named a “sweetest breed”. These cats are sociable, active, human-friendly, tender, patient with their masters and truly devoted. They adore children and enjoy playing with them being absolutely non-aggressive. These pets allow small children do everything with them! More than this, Munchkins are perfect companions for those people who spend a lot of time in business trips and traveling. Generally speaking, a Munchkin is really a small personality that observes the world around it with clever eyes. Get ready for your pet to have its own opinion and vision of things, therefore treat your Munchkin as a true family member.

A Munchkin does not require more care than other cat breeds. It is enough to feed them regularly, give water and tenderly brush your pet, which makes it especially glad! The average life span of a Munchkin is 10-15 years, but with proper care they can live up to 18-20 years. In addition, do not forget about toys, as baby-munchkins need to climb and jump, while you can afford to have a rest in peace and quiet. You will see that after a while little mischief will certainly squat at your feet.

Have Munchkins already won your heart? So let them keep it and (you can trust us) you will never regret.