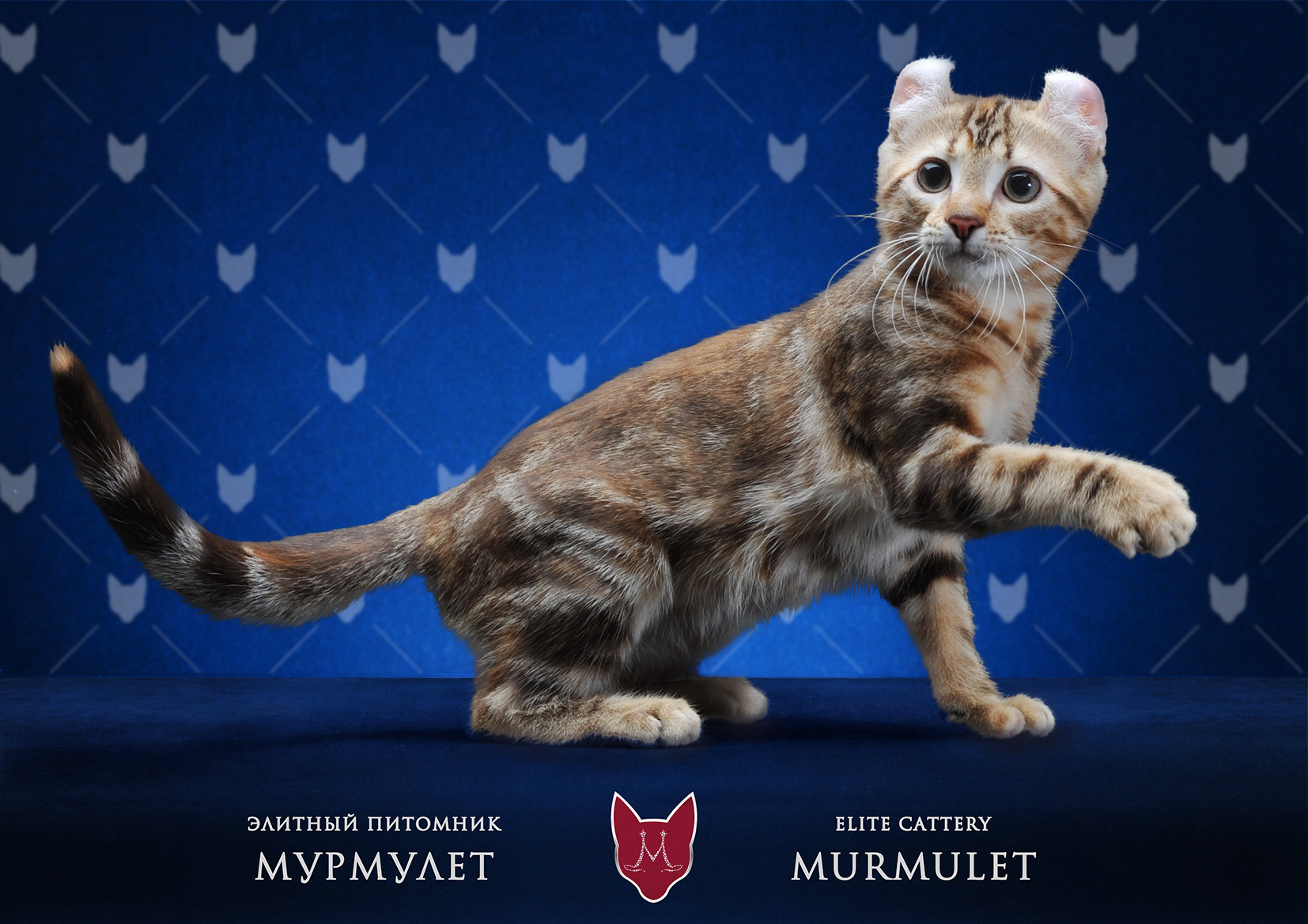 Are you dreaming of an aristocrat, a coquettish beauty and self-will lover to take part in her owner’s life? Let us present you AMERICAN CURL breed – holder of fantastical “curly” ears and little kitten’s temperament.

American Curl is a cat breed from California where in 1981 first kittens with typical curly ears were born. These charming creatures had obtained breeders’ love and popularity very quickly. Since 1983 Curls has been presented on exhibitions, and in 1986 the breed was officially recognized by TICA Association. In Russia these unusual beauties appeared only in the beginning of 21 century. Curl is a first breed which was allowed to compete for Champion title in both variants: short-haired Curls and long-haired Curls. Though they are popular all over the World, not so many kitties are born annually. Breeders from USA are proud with their national patrimony and rarely sell kittens abroad, especially for breeding. That’s why American Curl is an exclusive and expensive breed in Russia, you can get it only from experienced and recognized breeder.

The main feature of these beauties – are fantastic curly back ears, because of ears this breed had its name. Aborning kittens have straight ears, and they start to curl in a period from 2 to 10 days after birth. Slightly amazed expression of muzzle makes them sweet and luxurious tender coat amaze with its softness and shine. American short-haired curl with great pleasure would demonstrate silkiness of its hair. At the same time the color of its hair could be different with beautiful patterns. American long-haired curl would please you with a big fluffy tail which could be compared with “train” effect. The main one what unite them is a small size of body and this is also why they remain kittens during the whole life.

Eternal kids, energetic and inquisitive, they don’t leave you without their attention. This cat is a cocktail of curiosity and tenderness, devotion and playfulness. Curl is ready to follow you wherever you are going, just to stay in your company. Going to the country you easily can take it with you, this pet quickly comes to feel at home in a new place. Curls get on well with children and other pets, and their owner’s attention is a great pleasure for them. They admire when you caress them and would hide the nose in you in responding. So don’t forget to caress you pet more often – and you would make it the happiest on the planet.

Naturally these pets have excellent health and don’t need any special care. Curls are gifted with a short undercoat wherewith their hair not be rolled up. But long-haired pet would be pleased with weekly combing. But short-haired pet could be combed once a several weeks. Average life span is 10-15 years. And we necessarily advise you to equip home sport nook for your pet where it could play while you are absent.

Unlike its congener American Curl needs a company of the dearest people for it – its owners. This pet so harmoniously join your family way of life that soon you probably will recognize that one Curl is not enough for your home.